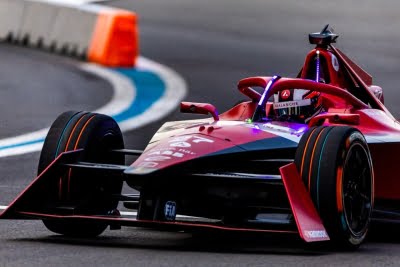 Saudi Arabia, Jan 25 (IANS) Rounds 2 and 3 in the ABB FIA Formula E World Championship take place this Friday and Saturday with the 2023 CORE Diriyah E-Prix featuring the first double-header of Season 9 and the only night races on the 16-race calendar.

Following a memorable season opener with the 2023 Hankook Mexico City E-Prix on January 14, the all-new GEN3 will compete in the West Asia for the first time giving fans the opportunity to see a race car performing at the very limit of innovation and pushing the boundaries of EV technology.

The 2.495km Diriyah Street Circuit is on the outskirts of the Saudi capital, Riyadh, and follows the historic city walls of the UNESCO World Heritage site.

With 21 twists and turns, the technical first sector leads to a snaking Bobsleigh Run at turn six with a series of fast changes and quick turns in succession. Diriyah is a firm favourite for drivers as one of the most demanding circuits on the calendar for balancing energy management and outright pace.