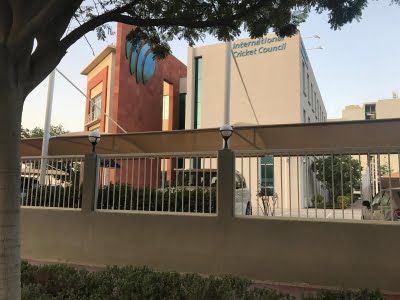 Dubai, April 20 (IANS) Argentina, Brazil, Uganda and Vanuatu were on Tuesday announced as the global winners of the International Cricket Council (ICC) Development Awards for 2020. The awards are given to members for working to grow cricket in emerging markets in partnership with the ICC.

“The winners were identified by a global independent panel consisting of 12 leaders including ICC Full Member Chief Executives, current and former international players, media representatives and other members of the cricket family,” said a statement from the ICC.

The global award for the ‘ICC Development Initiative of the Year’ has been given to Cricket Argentina for producing 17 coaching, umpiring and scoring courses in Spanish to attract local audiences in South America to cricket. The programme, which was moved online due to the pandemic, resulted in 257 new coaches and provided people with an opportunity to participate in a new sport.

Cricket Brazil has been awarded the ‘100 per cent Cricket Female Cricket Initiative of the Year’ after taking a step in the development of the women’s game in South America by awarding 14 professional central contracts to the women’s national team. Later this year, Brazil will return to ICC women’s competition for the first time since 2012, when they participate in the ICC Women’s [2023] T20 World Cup Americas Qualifier.

The ‘ICC Digital Fan Engagement of the Year’ has been awarded to the Vanuatu Cricket Association for providing cricket to fans during the pandemic when the Women’s T20 Grand Final was the only live sporting event available. Vanuatu, with a population of only 300,000, used the opportunity to reach over 16 million people through live streaming of the Grand Final and the Vanuatu T10 Blast. This has resulted in more people engaging with the sport and cricket participants in Vanuatu.

The Uganda Cricket Association has won the ‘Cricket 4 Good Social Impact Initiative of the Year’ for supporting hundreds of their players, volunteers and their families through a COVID-19 relief programme. By November 2020, 1500 people had benefitted by the relief which had reached players, coaches, umpires and school teachers in the form of food, soap, financial aid, psychological support and an invite for people to take part in online courses on financial literacy.