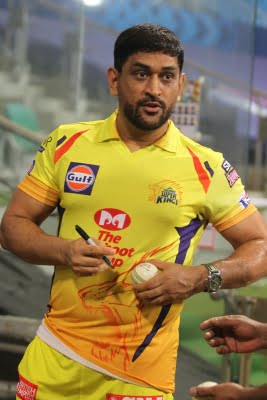 A media advisory issued by the IPL on Sunday said, “Chennai Super Kings captain MS Dhoni has been fined after his team maintained a slow over-rate during their VIVO Indian Premier League (IPL) 2021 match against Delhi Capitals at the Wankhede Stadium, Mumbai on April 10.

“As it was his team’s first offence of the season under the IPL’s Code of Conduct relating to minimum over-rate offences, Mr Dhoni was fined Rs 12 lakh.”

In a match, which was termed a clash between two skippers at opposite ends of the captaincy spectrum — it was Rishabh Pant’s maiden outing as DC skipper, while Dhoni has been CSK skipper for ages, besides captaining India in all three formats of the game — the Delhi franchise made CSK pay for their lapses on the field and poor bowling, winning their opening contest with eight balls to spare.