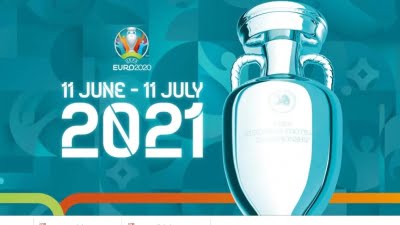 Munich, April 9 (IANS) European football’s governing body (UEFA) on Friday announced the return of spectators to eight Euro 2020 venues, while the remaining four cities have until April 19 to provide information on their plans and final decisions on allowing fans. The tournament will commence on June 11 with the final scheduled for July 11, 2021.

The host cities from eight different countries have confirmed stadium capacities between 25 and 100 per cent based on their projections of an improved health situation in their countries in June and July due to a number of factors, “including a country’s vaccination rollout, its planned measures for reopening the economy and the projected slowdown in the virus due to warmer season”, UEFA said on its website.

Several hosting countries have incorporated the tournament in the rollout of their national recovery strategy.

Among the cities that have allowed 50 per cent capacity are St. Petersburg (Russia) and Baku (Azerbaijan). St. Petersburg has said it could possibly increase the capacity if things go well, while Baku has said that travelling fans of the participating teams must present a Covid-negative test result to enter Azerbaijan.

Amsterdam, Bucharest, Copenhagen and Glasgow have confirmed a capacity of 25-33 per cent, with the first three cities keeping the option open to raise capacities at the end of this month, depending on the developments.

London has confirmed a minimum capacity of 25 per cent for the three group matches and a round-of-16 match, and is hoping to confirm a higher capacity for the semi-finals and final in early July.

Four cities — Munich, Rome, Bilbao and Dublin — have until April 19 to provide additional information about their plans.