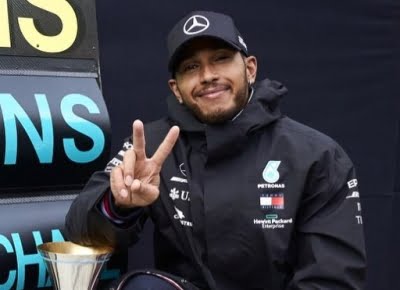 The seven-time world champion was surprised after he clocked 1 minute 14.411 seconds, around the 4.959km Autodromo Enzo e Dino Ferrari in Imola to secure the 99th pole of his career on Saturday, DPA reported.

“I didn’t expect to be ahead of two Red Bulls, they’ve been so quick this weekend. The car is feeling much better, I want to thank the team for their hard work,” Hamilton said.

“I love the challenge, having two Red Bulls will definitely make strategy harder.”

Perez in second will have his first front-row start and out-qualified team-mate Max Verstappen, who will start the race in third.

“We should have been on pole today, I did a mistake on my final corner,” Perez said.

But Verstappen also went wide at Tamburello and that cost him time.

“Not so good in Q3, it was a bit messy, just not a good lap. You can’t be good all the time,” said the Dutch who had narrowly lost the season-opener in Bahrain against Hamilton three weeks ago.

Charles Leclerc of Ferrari and Pierre Gasly of Alpha Tauri close the top 5 on the starting grid.

Hamilton’s team-mate Valtteri Bottas will be far behind in eight, while McLaren’s Lando Norris had to settle for seventh place after a fast lap was deleted for exceeding track limits.