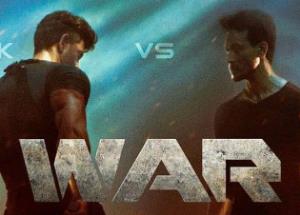 In the latest teaser, we see a face-off between Hrithik Roshan and Tiger Shroff from their upcoming movie "War."

Hrithik who was last seen in the movie Super 30, a biopic made on the Mathematician Mr. Anand Kumar, who started this program to teach the underprivileged student has been critically acclaimed with regards to the film.

The movie is slated to release on 2 October 2019. The movie is directed by Siddharth Anand and produced by Aditya Chopra.

Twitter
Flip
Koo
Previous article
Wouldn’t attribute everything to luck: Mithila Palkar
Next article
Sanjay Dutt to launch the trailer of his next film on B’day
This May Also Interest You
Health & Lifestyle