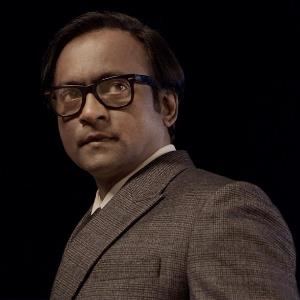 Actor Prashant Narayanan has been roped in to play the antagonist in the upcoming film PM NARENDRA MODI.

"Prashant will be the antagonist. His role is a fictional character of the biggest business tycoon of the country called Aditya Reddy. He has started shooting for the film in Ahmedabad," said a source close to the film.

Prashant is happy to be part of the project. "I am grateful to Mukesh Chabbra and Sandip S Singh for giving me this role and believing in me. This is a once in a lifetime opportunity, I am excited. This set is like a big family to me," Prashant said in a statement.

To this, producer Sandip S Singh added, "Mukesh Chhabra thought Prashant suits the role. When he came on board I remember he told me a line that 'leave Aditya Reddy (his character) on me'. We trusted him and he has started shooting. We are extremely happy with his work so far."

PM NARENDRA MODI will discover the journey of Narendra Damodardas Modi from a humble beginning to years as the Gujarat Chief Minister to the landmark win in the 2014 general elections, and finally becoming the Prime Minister.

It is being directed by National Award-winner Omung Kumar. It will be shot extensively in Gujarat and across locations within the country. The film is produced by Sandip S Singh and Suresh Oberoi.