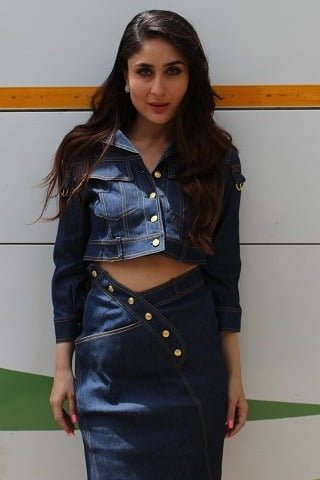 Actress Kareena Kapoor Khan has said that her upcoming VEERE DI WEDDING, which she is promoting these days, is a progressive film.

While interacting with reporters to promote VEERE DI WEDDING on Thursday here, Kareena said, "People have appreciated the trailer because this film's language is very different. It's really a progressive film."

"We have watched films like these from male perspective in DIL CHAHTA HAI and ZINDAGI NA MILEGI DOBARA, but through this film, people will, for the first time, see a story through four female friend's perspective."

Kareena said she enjoyed the script at the very first time she read it.

"This film shows what happens in life of four childhood friends. It's very interesting. When I first read the script, I enjoyed reading it. I felt excited and sure that people would like to see this kind of a film," she said.

When asked whether makers of the film were trying follow the trend of female-oriented movies, Kareena said: "This film is not trying to bring any kind of trend but I think after watching this film, people will have a changed mindset. It will also change the thought process of directors so they can tell a story of friendship and love through a female perspective also."

Talking about storyline of the film, the CHAMELI actress said, "When we see four girls on screen, audience thinks that it is a chic flick and it will be about their clothes, shoes and bags but this film is not like that.

"I think that's why producer decided not to position this film as a chic flick because it's a story of four girls who are in different stages of marriage. We are showing certain issues in the film which we have not addressed earlier."

It is releasing on June 1.