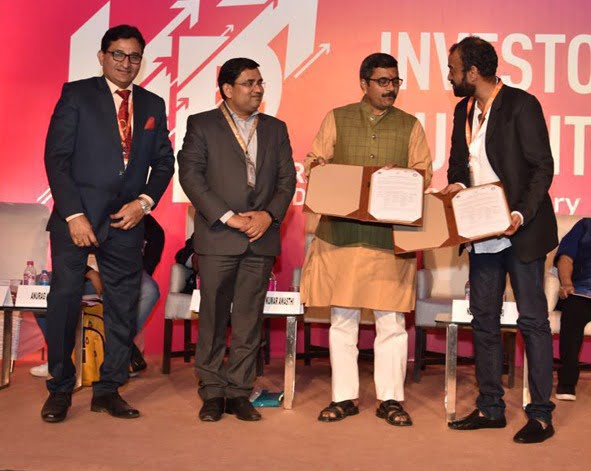 Touted to be India's most expensive film, RAMAYANA that has a budget of 500 crores will be made in Uttar Pradesh. The makers of the film led by Madhu Mantena have entered into a memorandum of understanding (MoU) with the UP government.

The understanding was sealed at UP Investors Summit 2018, yesterday.

The event was addressed by filmmaker Madhu Mantena who shared his vision of making India's most expensive film Ramayana with a budget of 500 crores.

Regarding the project as an effort to retell Indian mythology to all the generations in all its audiovisual glory with the help of the latest technology and visual effects, Mantena shared that his vision was inspired by the life work of Ananth Pai (uncle Pai) of Amar Chitra Katha.

Since Mantena is the producer of India’s first 100 cr film GHAJINI, the UP Government personnel expressed their confidence in the project.

RAMAYANA is backed by a triumvirate of film producers, Allu Aravind, Namit Malhotra and Madhu Mantena who have collaborated for the first time to make India's most ambitious project, a live action 500 crores feature film.

The film will be shot in 3D and will be released as a three-part series.

The film which will be shot in Uttar Pradesh will release in Hindi, Tamil and Telugu.