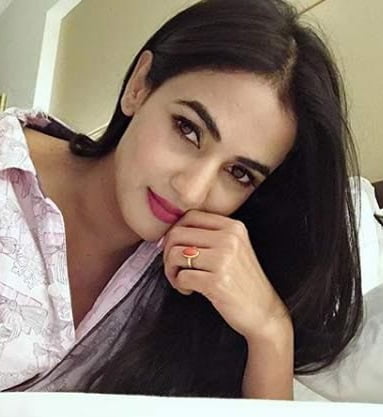 Actress Sonal Chauhan, who has returned to Bollywood after a long gap with J.P. Dutta's film PALTAN, believes family members are the real heroes behind army men.

"We often praise and honour our brave soldiers but we should not forget the important role their families play. Families of soldiers should also be remembered and honoured.

"It takes immense courage to let someone whom you love to go to border and risk life for the nation. Despite knowing anything can happen, spouses of military men strongly face all the problems and support them. In reality, families and loved ones of our army men are the real unsung heroes," Sonal told IANS over the phone from Mumbai.

Released on September 7, PALTAN is based on the Nathu La and Cho La military clashes of 1967 which took place along the Sikkim border.

Asked about her experience working with J.P. Dutta, who is known for making war films like BORDER and LOC KARGIL, Sonal said that he is an 'encyclopaedia' when it comes to projects on war dramas.

"I feel nobody makes a war film better than him. He knows everything about wars. He made me learn about people who risk their lives for the nation. While working with him, I learnt a lot of discipline from him. He is one man army," added the 31-year-old.

Sonal will next be seen in Mahesh Manjrekar's untitled drama alongside actor Vidyut Jammwal.

Twitter
Flip
Koo
Previous article
Inaamulhaq: My faith in optimism has increased
Next article
Rajkummar Rao has become more comfortable with Kangana
This May Also Interest You
News