Tiger Shroff’s latest picture from the sets of Baaghi 3 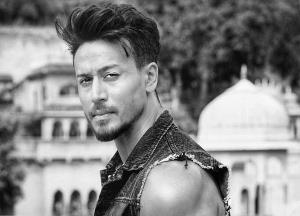 The youngest action star Tiger Shroff is riding high on the success of his last film and is currently shooting for his upcoming action flick Baaghi 3.

The actor is currently on a shooting schedule for the movie in Jaipur. Tiger is sporting a raw, rugged look in the movie and shared a picture on his social media which has made his fans go gaga over him and everyone is flooding his comments section.

Similarly, Tiger was sharing pictures from Serbia where he was shooting for Baaghi 3 after the release of WAR. Helmed by Ahmed Khan and produced by Sajid Nadiadwala under his banner Nadiadwala Grandson Entertainment, Baagi 3 is all set to release on 6th March 2020.

Recently, Tiger shared a post on his social media handle to mark the two-month countdown for Baaghi 3.

Tiger Shroff aces every character he plays on-screen. The actor is in full swing with his Baaghi 3 preparations and has been shooting in extreme weather conditions like 4 degrees at exotic locations in Serbia.

Tiger has time and again treated his fans with his movie looks and fans have been drooling over it. Currently, he is on his last schedule and shooting in Jaipur.