Vikram Mehra: Yoodlee Films is the only production house to share 30% of profit with its key artistes 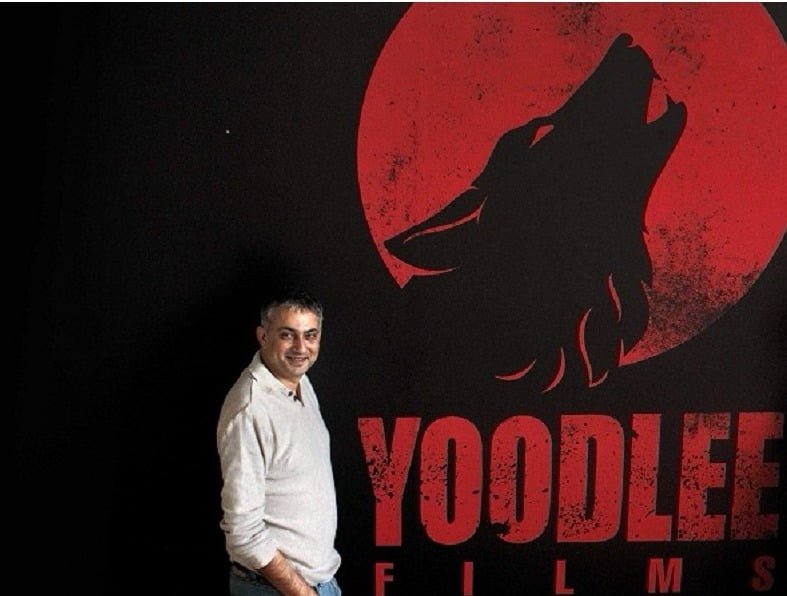 While the humming of the golden melodies with a new age echo – Carvaan is continuingly getting rejuvenated with added chorus resulting in 95,000 units sale in the first quarter, the dynamic Saregama MD Vikram Mehra spills beans on revolutionizing film making in India with the group’s movie production wing Yoodlee Films.

Inspired from the legendary singer Kishore Kumar’s famous hoodling, Yoodlee Films is a step towards fearless filmmaking aimed to carve its niche in creating sensible cinema by arranging a marriage between beautiful content and smart budget, says Vikram Mehra.

Excerpts from the interview

When did the idea of Yoodlee popped up?

During the survey for ‘Carvaan’, we realized that while 40 plus crowd wanted to listen to the songs of Mohammed Rafi and Kishore Kumar, the younger lot between the ages of 18-35, was searching for more gritty and realistic cinema. The feedback encouraged us to get in touch with filmmakers with the new age approach and decided to come up with films where the focus is on realistic stories.

What makes Yoodlee stand out from other production house?

We are not making offbeat films, we are making story led films which are strong and thematic. We are not making star led films, if a star is coming in as an actor, we are happy, otherwise the story is our hero in our films which aims to say something to its audience in a fearless fashion. AJJI was the first example, we are coming with eight other films in future all have a different theme and a story to tell.

What efforts does Yoodlee take to ensure the realistic approach in films?

We have a different type of a model. We are not following the star bandwagon. Nobody stays in five star hotels. We shoot in real locations, no sets. Nobody travels business class. No entourages. The length of a Yoodlee films won,t cross 120 minutes and the emphasis is to create a cinema that caters to the younger generation falling in the age group of 18-35. We shoot in sync sound and dubbing is restricted to maximum 10 minutes. No item songs, no singing on the top of the mountains, pure story telling.

Sounds great but in the end money matters, how does it attract filmmakers, artiste and what is the budget?

Yoodlee encourages cinema that has a strong theme and it’s open to makers who are willing to be a part of a revolution. As said earlier, Yoodlee is a marriage between beautiful content and smart budget where our limit won’t exceed from 3.5 crore – 4 crore. We have plans to make 12 films in a year and we are the only production house to offer 30% of profit share to its key artistes. It can be the actor, actresses, writer, director, cinematographer, etc. Story writer and helmer is our ideal hero but profit sharing is open to key players (artiste).

The cast and crew can have their remuneration plus share in the profit as well in Yoodlee?

Yes, we offer a model where the key artiste ( writer, director, actor, dop, or other imp technician) can get share in profits. Either the artiste can claim a nominal remuneration and get into profit sharing later or a prior understanding is agreed on fees and profit sharing. We want to work with likeminded people who share our passion of strong, quality cinema with thematic value. We come together to make a good film and later they can have a profit sharing with us as well.

How Yoodlee plans to recover the investments, by releasing their movies in theatre or digital platforms?

It’s not necessary that all of Yoodlee films get a release in theatre. We are not hungry to bring all our movies to theatre. We are open to other platforms as well like TV, digital etc. Though PVR Pictures is our distribution partner, we intend to release our films in the top 10-12 cities of the country. With the mushrooming of streaming platforms like Netflix, Amazon and Hotstar, we have options to place our content.

With a movie like AJJI which had gory elements and content restricted to Adult audience, how do you hope to strike a better deal and face the censorship in the satellite television arena, knowing that footfalls on TV are the highest?

Our policy is very clear, can we make a good sustainable business modeled around good story led films. AJJI belongs to the niche category, our forthcoming films are mostly UA certified and universal in reach.

What are the future attractions from Yoodlee

Thematically strong as said earlier, BRIJ MOHAN AMAR RAHE – a story of a person who fakes his own death to escape his humdrum life, KUCH BHEEGE ALFAAZ directed by Onir is a story about two damaged and lovely souls. We don,t see any point in our films to have a item number and someone dancing on mountains though those are sometimes well made entertainers and really good but we are not good in such movies. Hopefully by Januray or February we are coming with a unique love story in our first bilingual in Tamil and Malayalam – ABHIYUDE KATHA ANUVINTEYUM (ABHI & ANU) a story of a couple who are about to have a child find that they are actually brothers and sisters in a strange twist of fate. The movie stars Tovino Thomas, Suhasini and Piaa Bajpai, we are looking for cinema that posses universal appeal.

Twitter
Flip
Koo
Previous article
Balki: If not for Akshay, why would people watch PADMAN
Next article
Actress molestation case: Accused gets bail
This May Also Interest You
Sports