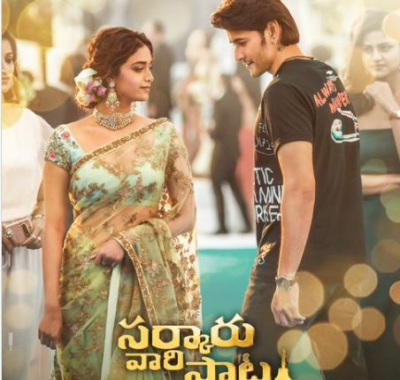 Crooned by the most famous singer Sid Sriram, the song ‘Kalavathi’ was released by the makers on Sunday.

Despite the initial leakage of the song, ‘Kalavathi’ strikes a chord with music lovers. Making Mahesh Babu and Keerthy Suresh’s romantic song a chartbuster, the song has surpassed a record number of 12+ million views, as it is trending on number one position on YouTube.

‘Kalavathi’ was supposed to be out on Valentines’ Day, but the online leakage of the song prior to its release, made the makers unveil the lyrical song a day earlier.

Music composer Thaman, who had earlier tweeted the song, wrote: “MY 6 YEAR WAIT. For Our Dearest #Superstar Shri @urstrulyMahesh gaaru. Finally Comes Alive. It’s been a Roller Coaster Ride in Our Teared Eyes From Past 24 Hours. Here We Arrive after the deepest Revive.”