Mainak Bhaumik’s unreleased film, AAMI VS TUMI gets a platform with Hoichoi 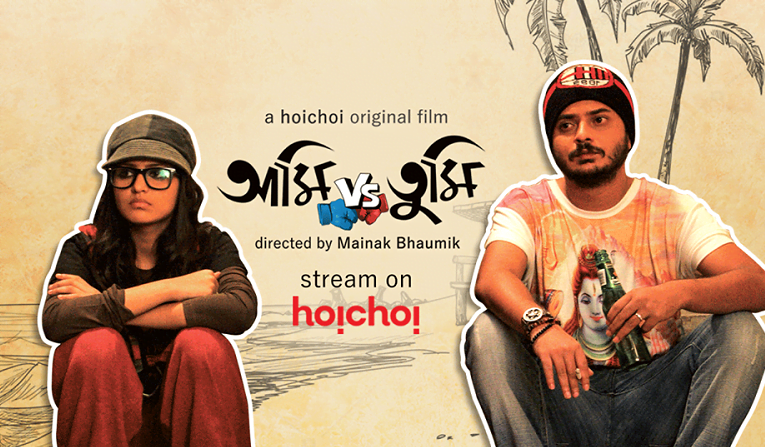 It underwent some issues having a theatrical release and Hoichoi finally provided the platform to the film to reach its audience.

The movie is directed by Mainak Bhaumik, who is known for his urban flavour brand and experimenting genres.

AAMI VS TUMI was shot in 2011, and since then has been involved in a series of controversies which delayed the release to this extent before Hoichoi came in to the picture.

Hoichoi already has Original Web Series and Short Films in its vast library which includes 500+ acquired movies as well. Introducing an Original Film category is new and they will soon also start streaming Original Documentaries, as a promise to deliver the best of the content to its subscribers and loyal audience.

The film, which will be streaming exclusively on Hoichoi, depicts Rahul, a struggling musician and Trina, a working woman's roller-coaster romantic ride as they are about to embark upon the path of marriage.

Rahul and Trina, the lead characters are played by then real-life married couple Rahul Banerjee and Priyanka Sarkar whereas their friends are played by prominent faces like Anindya Chatterjee, Ahona Panda, Biswanath Basu, etc.

Popular Tollywood actress Priyanka Sarkar said, “We had immense fun during the shoot, and after waiting for years, finally the movie will be out for people to watch. I am waiting to hear everyone's feedback and in some way, I am glad that it got released through a digital platform like Hoichoi. My first web series is also streaming there hence, there is an emotional connect with Hoichoi.