Sasikumar to play lead in director Thangam Pa Saravanan's next 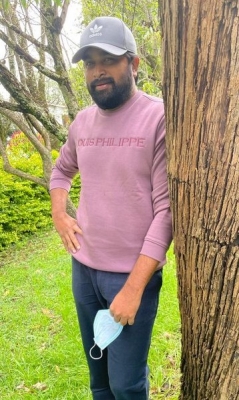 Director and actor Sasikumar has joined hands with director Thangam Pa Saravanan for his next film, which sources say will be a proper entertainer set in a rural backdrop.

Sasikumar will play the lead in this film, which is being produced by E Mohan of SKLS Galaxy Mall Productions.

Thangam Pa Saravanan has penned the script of the film, which has been tentatively titled Production Number 2.

Saravanan, who is known for his earlier film ‘Anjala’, says, “This film will be a complete package. It will have an equal dose of action, emotion, and entertainment, all blended together. I would like to thank producer Mohan for reposing faith in this script and making it a reality.”

The director says that the film will be an important one in the career of actor Sasikumar.

“When Sasikumar listened to this script, he was satisfied that it would be well received by audiences,” he says.

The film has two heroines. While Ananya Nagalla, who rose to fame with her appearance in Telugu film ‘Vakeel Saab’, has been roped in to play the second heroine. The unit is yet to decide on the first heroine. Sources say that talks are on with a leading actress in this regard.

Sam C S will be scoring the music for this film, which will have editing by San Lokesh. Rammy has been roped in as the Director of Photography for this film.