Vijayendra Kumaria shared how he drew inspiration from Bollywood actor Aamir Khan for his role of Angad in the new show 'Teri Meri Doriyaann'. 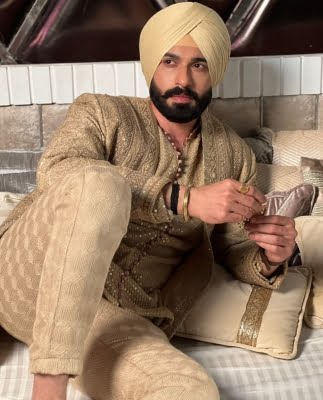 TV actor Vijayendra Kumaria shared how he drew inspiration from Bollywood actor Aamir Khan for his role of Angad in the new show ‘Teri Meri Doriyaann’.

He said: “Aamir Khan sir was my inspiration for transforming into Angad. When I saw him grow his hair for his character, I gave it a thought and decided to give it a try so that I can also perfect my look for the character.”

While sharing about his role and how he transformed into his on-screen character, Angad Singh Brar, Vijayendra shared: “I have seen a lot of actors going way ahead to try something new for achieving the perfection in the look of their character. I have also grown my hair to give a certain feel to the character that is needed for me to fully merge into it.”

He added that as an actor, he believes in giving his best for his role: “I always value putting my best in any character I am playing and I want people to register the effort that I am putting into it and it also helps me to get into the skin of the character.”

‘Teri Meri Doriyaann’ is starting from January 4 on Star Plus.