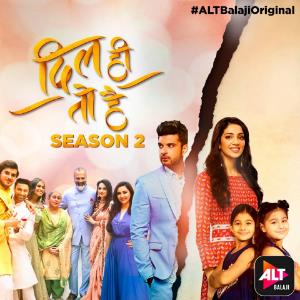 Dil Hi Toh Hai, produced by Ekta Kapoor was a series that engrossed audiences on television to a large extent. The show, which streams on ALTBalaji, had its poster launch ahead of its highly-anticipated season two.

The engaging poster has created a buzz among fans and ensured that they are now waiting with bated breath ahead of the much-awaited show. A lot is left to be seen in the lives of Palak and Ritwik. One can be sure that the family drama, filled with love, heartbreak and a whole lot of emotions is going to deliver high on the entertainment quotient in the upcoming season.

Twitter
Flip
Koo
Previous article
Boman Irani makes his way to this anticipated biopic film
Next article
Rapper Slow Cheeta: Ranveer is the most special talent
This May Also Interest You
News

Twitter sued by advisory firm for not paying $1.9 mn as Musk deal fees