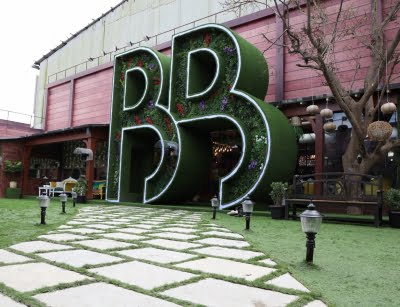 Mumbai, Nov 14 (IANS) Reality TV is normally about high drama. Bigg Boss, over the seasons, has had a lot of that, but the show has attained big ratings through the years also for catering a brand of drama that stoops to the lowest of low.

From Dolly Bindra reported getting possessed on live TV to Swami Om’s disgusting antic with urine, housemates often flaunt behaviour that goes from bad to worse, to ensure that the TRP remains good.

IANS goes through some of the most reprehensible acts over the seasons of the show hosted by Bollywood superstar Salman Khan, as the ongoing season 14 gradually tries to get its drama on track.

In the tenth season, self-proclaimed godman Swami Om did something no one could have ever imagined. During a task, he threw his urine on contestants Bani J. and Rohan Mehra. Bigg Boss took serious action and he was eliminated for this act.

Imam Siddiqui taking off all his clothes

In the sixth season, Imam was definitely one of the most controversial housemates ever. He was thrown out of the house after he shed all his clothes and slipped into a skin coloured body suit to irk fellow contestant Aashka Goradia. He had an undergarment to cover his privates but he soon shed that, too.

TV actress Kishwer Merchantt was seen spitting in her fellow contestant Rishabh Sinha’s food and water. Rishabh had made Kishwer perform a task for nearly three hours, so the actress took revenge with her action that drew Salman’s ire.

In the latest season, during a task of Devils vs Angels, Eijaz, who was from the Devil team, pressurised Jaan Kumar Sanu to put his hand inside the toilet bowl and then wipe his wet hand all over himself. To win the task, Jaan actually did what he was told.

Kushal Tandon made to drink water from dog’s bowl

In the seventh season, the contestants stooped low enough to make Kushal drink water from the bowl of a dog during a task. Kushal’s opponent team members asked him to do the task, and without flinching he did it.

In the eighth season, Ali Quli Mirza threatened the season’s eventual winner Gautam Gulati that he would kiss him. Ali first praised Gautam on the mole that the latter has on his lip. He then claimed he would kiss Gautam, to which the actor took an offence and threatened to hit anyone who tried to get close to him.

Season four housemate Dolly Bindra has been one of the most controversial contestants in the history of the show. She was the one who made the line “Baap pe jaana nahi” very famous, and that was the least of her gimmicks! In one task, Dolly suddenly felt dizzy, acted abnormally and started screaming, behaving as if she was possessed by a ghost. As she pretended to faint, her popularity zoomed.

Pooja Missra’s fight with Shonali Nagrani has been reduced to meme stuff over the years. But nine years ago, on season five, her behaviour came across as outright cheap. She was seen in a fight with her co-contestant Shonali and, in a fit of trademark rage, kicked the dustbin and broke a wiper.

Twitter
Flip
Koo
Previous article
Children's Day: Back to school with TV stars
Next article
Akshay Kumar: Film on mobile doesn't have same charm as big screen
This May Also Interest You
Sports