S.Korea to decide on indoor mask mandate by end of month 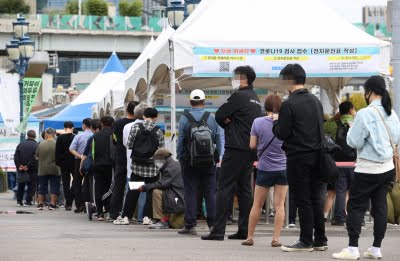 Seoul, Dec 7 (IANS) The South Korean government will decide whether to lift the indoor mask mandate by the end of this month, Interior Minister Lee Sang-min said on Wednesday.

The mandate is the last remaining Covid-19 restriction South Korea has kept in place following the scrapping of all other distancing rules, reports Yonhap News Agency.

“(The government) will come up with the final plan by the end of this month after discussing ways to adjust (indoor) mask mandate rules,”” Lee said during a virus response meeting.

The move comes as a series of local governments, including the central city of Daejeon and South Chungcheong province, announced their plans to drop the facial covering mandate.

Lee highlighted the importance of maintaining a single quarantine system, citing lingering concerns over a surge in winter.

The country reported 74,714 new Covid-19 cases, including 60 from overseas, bringing the total caseload to 27,483,568, the Korea Disease Control and Prevention Agency (KDCA) said.

This is the second consecutive day that cases have stayed above 70,000 amid lingering concerns of a winter surge.

The country added 54 additional fatalities, raising the death toll to 30,847.