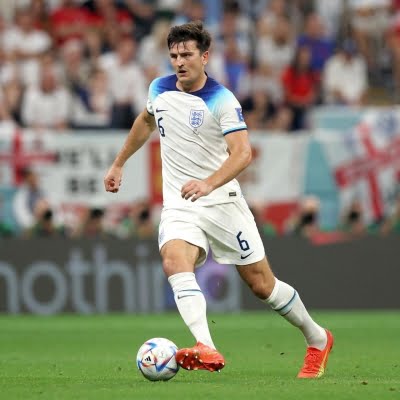 Doha (Qatar), Dec 2 (IANS) England defender Harry Maguire believes that taking advantage of set pieces could be vital as his side looks to progress in the World Cup 2022.

England meet Senegal in the last 16 on Sunday after topping Group B with a 6-2 win against Iran, a 3-0 defeat of Wales and a 0-0 draw against the USA.

Marcus Rashford opened the scoring against Wales with a thundering free-kick, while England’s second goal against Iran came when Maguire nodded down a corner for Bukayo Saka to fire home.

The big defender was unlucky not to open the scoring in the same game with a header from a corner that hit the woodwork, while England’s best chance against the USA saw Harry Kane nod just wide from another set piece.

He explained the squad trained hard to perfect their technique from corners and free kicks, saying to the players, “work hard on making space for myself, and obviously you’ve got to go and attack the ball. We’ve got players in the team, not just myself, who attacks the ball really well from corners. So it’s a big threat of ours”.

Amazon Luna to lose over 50 games

Why was Turkey-Syria quake so devastating?

K'taka: Authorities heave a sigh of relief as students recover from food poisoning