ICC bets on Suryakumar, four others to excel in T20 World Cup in Australia 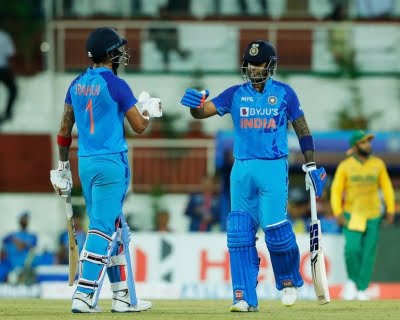 Suryakumar has been a revelation for India this year, with the 32-year-old right-hand batter emerging as arguably the most vital player in Rohit Sharma’s side for the showpiece event Down Under.

While Yadav had a forgettable T20 World Cup in the UAE last year, getting just four appearances and managing 42 runs from his three knocks, he has turned a corner this year, emerging as the No.2 T20I batter in the world on the latest ICC rankings.

With his string of fine scores in 2022, he has become the highest run-scorer for India in a calendar year in T20Is. During the opening T20I against South Africa at Thiruvananthapuram on September 28, Suryakumar smashed another unbeaten half-century (50 off 33 balls) as India defeated the visitors by eight wickets with 20 balls to spare in a low-scoring game.

In Warner’s case, only Pakistan skipper Babar Azam had scored more runs than the Australian in the 2021 World Cup in the UAE. With the benefit of playing on his home turf, Warner could emerge as the star of the tournament. The batting stalwart hit three half centuries at last year’s tournament and his 289 runs at an strike rate of almost 150 was among the best for the leading players.

Wanindu Hasaranga has shown his ability to save his best performances for the big occasion and he could Sri Lanka dominate in Australia. Hasaranga claimed the most wickets (16) in the 2021 edition of the tournament and backed up that performance by finishing Sri Lanka’s victorious Asia Cup campaign recently as the Player of the Tournament.