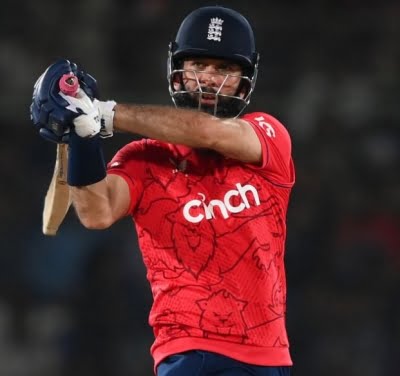 Despite having so much depth and talent, India have not been able to win the ICC for nine years now. They won the ICC Champions Trophy back in 2013 under M.S. Dhoni’s captaincy.

"So many people follow Indian cricket, and the media, too, keep a close watch. India has a huge pool of talent but I guess the pressure of performing in the big tournament…your best players do that, but I think that’s all it is," Ali told IANS on the sideline of Abu Dhabi T10 here.<br> <br>Asked what went wrong for India in the T20 World Cup, he said, "India missed a leg spinner there in Australia and the team came across England on a very good day."<br> <br>Moeen Ali is leading Morrisville Samp Army in the ongoing Abu Dhabi T10. Talking about the league, he said, "T10 is difficult, the pace of the game is really tough. It is a very good format but at the same time very difficult."

Asked about the impact of the league in international cricket, he said the players can earn good money through such leagues.

"Other players of other nations don’t get a good amount like India, England, Australia, so they have to play these leagues to get good money. A lot of people say that you need to take a rest but sometimes you can’t afford to take a rest. The schedule is packed but you have to squeeze in everything," he said.

"Playing league also helps in adapting to new situations and learning, planning according to the game," he added.

POLLARD ON A ROLL!

Meanwhile, Kieron Pollard has been in scintillating form for the New York Strikers, who have won five matches on the trot. The former West Indies captain has the best strike-rate among the batters on his team and scored 26 runs from 7 deliveries, winning the Player of the Match award, while helping his side register a comprehensive win on Thursday.<br> <br>Speaking after the match, Pollard said, "This was a fantastic win against the Delhi Bulls, and I am delighted with the team’s performance. One of the most important things is winning and developing that winning habit. We have to always find ways to win from difficult scenarios. Again, we’ve taken two points, we roll on. But it goes to show, it’s a testimony, when you ask, you shall receive."

Pollard and co have been one of the most danger’us teams in this season’s Abu Dhabi T10, and up next for them is the game against the home team, Team Abu Dhabi, which is also their final group-stage game.<br> <br>–IANS