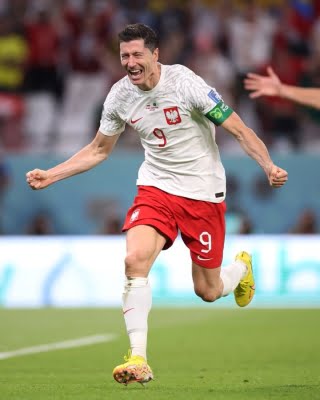 Piotr Zielinski gave the Poles the lead in the 39th minute while Robert Lewandowski added the second one for his team in the 82nd time.

Saudi Arabia, who had rallied from a goal down to pull off a shocking 2-1 win over former two-time champions Argentina, could not repeat the same magic and thus will have to consider the result of the other match taking place later on Saturday between Argentina and Mexico and accordingly plan for the final match against Mexico.

Argentina, who are yet to open their points account, will be hoping to pick full points against Mexico in Saturday’s late match, with Mexico having just one point from the draw against Poland.

In fact, Saudi Arabia had a chance to draw level in the injury/added time of the first half but Poland goalkeeper Wojciech Szczesny brought off double saves of a penalty kick. He first parried away Salem Al Dawsari’s right-footed shot and in a stunning reflex action deflected Mohammed Al Burayk’s try to keep his slate clean.