Russell goes back to blonde hair ahead of SRH match 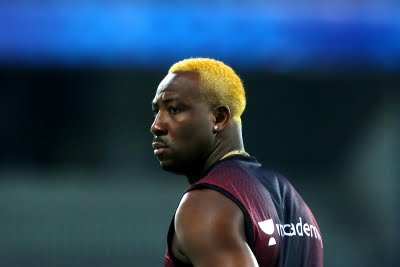 “New Hair. Who dis? Remember what happened when Dre last coloured his hair Blonde?” KKR said in their tweet along with Russell’s mirror selfie.

Russell was at his best the last time he sported blonde hair and played SRH, smashing 49 off 19 balls to almost single-handedly take KKR to a six-wicket win.

Interestingly, the Jamaican had struggled to score runs in the initial part of the innings. He scored nine runs off seven balls and it was only off the eighth ball he faced that he hit his first six. After that, however, Russell went on a rampage, hitting two fours and as many sixes in the 19th over and Shubman Gill won the match for them in the 20th with two more sixes.

KKR face SRH in the first match of the 2021 season for both teams on Sunday at the M.A.Chidambaram Stadium in Chennai.