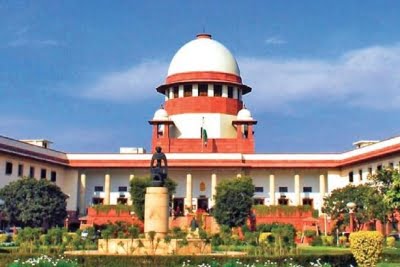 New Delhi, April 15 (IANS) The Supreme Court of India on Thursday adjourned the case pertaining to the Indian cricket board (BCCI) and will hear it after two weeks leaving the India cricket board (BCCI)’s top office-bearers Sourav Ganguly and Jay Shah with more time to stay in charge of affirs.

The tenures of both, the BCCI president Ganguly and secretary Shah had ended in mid-2020. However, the two have continued as the Supreme Court (SC) hasn’t been able to take up the matter.

The SC had earlier deferred the matter on December 9 into the new year. After that in February, the Court adjourned the matter to March.

The continuous delay has ensured that neither Ganguly nor Shah have been replaced.

The new BCCI constitution makes it mandatory for its office-bearers — president, vice-president, secretary, joint secretary, and treasurer — to go into a three-year cooling-off period after being in the chair for six consecutive years, either in the BCCI or its affiliate state associations, or a combination of both.

The person can return for another term of three years after the cooling-off period (a person can be an office-bearer in the BCCI for a maximum of nine years and another nine years in a state association). And this is one of the seven crucial rules, on which the edifice of the new constitution is erected, and which the BCCI wants amended. Any such amendment would allow the present office-bearers to continue in the chair.

After being elected BCCI president on October 23 in 2019, Ganguly had only 278 days to remain as the BCCI chief as his previous tenure at the Cricket Association of Bengal (CAB) was added to his BCCI term (he had joined the CAB as a joint secretary on July 2014). So, his BCCI term effectively ended on July 26, 2020.

Secretary Shah, according to reports published in mainstream newspapers in 2013, took over as joint secretary of the Gujarat Cricket Association (GCA) on September 8, 2013, though he was a GCA executive before that. And he has been associated with the GCA since. So, his tenure, too, has got over some time ago.