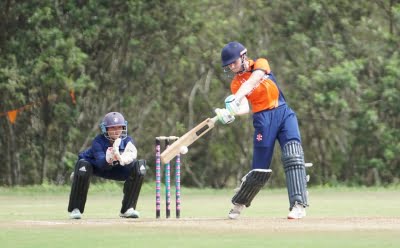 Dubai, Nov 26 (IANS) Thailand and Netherlands were on Saturday added to the ICC Women’s ODI Team Rankings for the very first time after the end of the four-match series between the two teams in Chiang Mai.

Hosts Thailand registered a 4-0 ODI series victory over the Netherlands. The win meant that Thailand jumped straight to the eighth spot, leapfrogging Pakistan. On the other hand, the Netherlands entered the rankings in the 12th spot but still have 0 rating points.

The series began with a crushing win for Thailand on their ODI debut. A century from Nattakan Chantham gave them 243/9 in 50 overs with no other batter making 25 runs or more.

Onnicha Kamchomphu snared three wickets while Suleeporn Laomi and Thipatcha Putthawong took two each to bowl the Netherlands out for 134. With the match reduced to 46 overs in the second innings owing to rain, Thailand completed a 100-run victory by DLS method.

In the second ODI, Chantham once again fired from the top for Thailand, but the Netherlands exerted more control with the ball, bowling Thailand out for 176 with Eva Lynch taking 4/33.

An 80-run opening partnership between Babette de Leede and Sterre Kalis put Netherlands on course to take down the target, but Thailand clawed their way back with regular wickets, eventually bowling the Netherlands out for 168 to sneak in an eight-run win.

Thailand once again completed a dominant win in the third ODI to seal the series victory, skipper Naruemol Chaiwai winning the Player of the Match award with Chantham and Laomi impressing yet again with bat and ball respectively.

Hosts Thailand completed the clean sweep on Saturday, chasing down 146 in 26.1 overs with Chantham top-scoring with a 74-ball 68. Earlier, Nanthita Boonsukham took 4/26 with the ball to bowl the Netherlands out for 145.