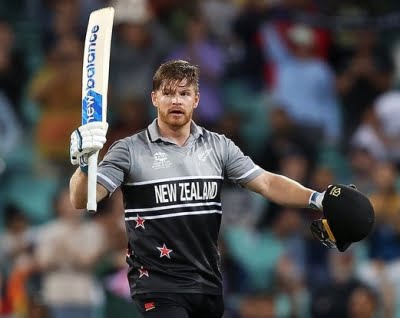 New Delhi, Dec 5 (IANS) New Zealand’s middle-order batter Glenn Phillips said he would “absolutely love” to captain the senior men’s ODI side one day and added that he enjoys being in leadership positions while featuring in the game.

Currently, New Zealand have Kane Williamson as their all-format captain. “I’d absolutely love it. I did it for quite a few years in younger cricket and the leadership group is quite wide and I’d love to work my way in there. I really enjoy getting around the guys and trying to push the team,” said Phillips on SENZ’s The Run Home show.

Phillips, 25, is a wicketkeeper-batsman who has been impressive for New Zealand in white-ball cricket. He can also chip in with some overs of off-spin bowling, which means he can truly be an all-round option for the Blackcaps in future.

“I think there’s always chat going around. The idea that I’m trying to go with for the next little bit is to offer some overs with the ball, keep if I need to and my role with the bat so cover all three bases. It makes me a little bit more versatile and an asset to the team,” he added.

Phillips, whose most impactful performance came in a 64-ball 104 against Sri Lanka in a Men’s T20 World Cup Super 12 match, didn’t get any keeping duties as New Zealand preferred the skills of Devon Conway as a makeshift wicket-keeper.

He feels that being a full-time keeper for New Zealand could become a reality in future. “I haven’t had a chat with (coach) Gary (Stead) about a backup keeping role. I know if Devon (Conway) had been injured in the World Cup just gone I would’ve taken his place so maybe that’s something we look at in the future.”

New Zealand will now have a break from international cricket before touring Pakistan for two Tests and three ODIs from December 2022 to January 2023, followed by a trip to India for three ODIs and as many T20Is.