Ekta kapoor’s Next is on Yemen rescue operation and we can’t wait! 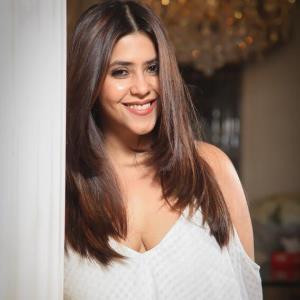 ALTBalaji has been raising the bar with its line-up of originals that have gripping narratives and unique concepts. After giving is so many shows on alt balaji like the test case, Haq se, Bose and many more.The makers are planning to bring to light yet another inspiring tale. You heard it right.

Content queen  Ekta Kapoor and Vaibhav Modi, founder director of Victor Tango entertainment limited have come together for their next untitled project based on the backdrop of Yemen Civil War, 2015. For the first time, Indian audiences will witness the story of one of India’s biggest operation when Yemen was in the grips of civil war. The story of valour and prompt judgement of men in uniform who went beyond the call of duty to rescue and evacuate Indian citizens and foreign nationals from war.  Under extraordinary physical and mental pressure, the rescue team makes snap decisions that mean the difference between life and death. A simple ‘no’ to taking someone on board the ship is like pronouncing a death sentence. A ‘yes’ to the wrong person could kill them all. India rescued around six thousand Indians and a similar number of foreign nationals. The Indian response to the crisis was both competent and commendable for the security of its own citizens.

A ten-part military drama,  ALTBalajis upcoming project employs one of the biggest rescues as a canvas to tell a story of rare moments of the triumph of men in uniform who risked it all to pull off their missions. Ekta Kapoor and Vaibhav Modi have been working on developing this story for the past one year, researching extensively on the events that unfolded and the trials and tribulations of the Indian nationals stuck in the war along with an extraordinary contribution of the men in uniform.

Speaking on this new and ambitious project Ekta Kapoor shared, “ At ALTBalaji our constant endeavour is to touch upon concepts and stories that are unique or never told before. The Indian audiences have never seen any story on the Yemen rescue operation and I am thrilled to present this on ALTBalaji. Vaibhav is a very old friend and I have full faith in his ability to tell a story which has been waiting to be told. While we announce it today, we have been researching and developing the story since one year now.  When two individuals are working closely, it’s important that their ideologies match. Here, we both truly believe in the power of content and want to develop a riveting story that will keep the audiences hooked. This is one ambitious project for us and we both are working towards creating something incredible.”