Another award falls in Digangana’s bucket! 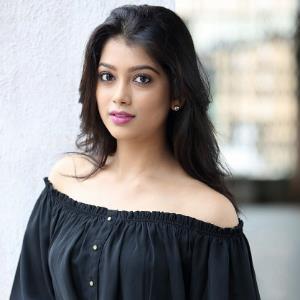 Digangana Suryavanshi recently received the Dada Saheb Phalke Award for the second time in the category of "Most Historic Debut Actress in Lead Role" for the film FRYDAY opposite Bollywood superstar Govinda and for Mahesh Bhatt's JALEBI.

Digangana is the only actress in the Industry to debut in two movies which were released on the same day. She has set a benchmark for acting skills in the film.

On the event, Digangana walked on the red carpet wearing a shimmering white net saree with a golden blouse and a beautiful neck choker to go with it. She chose to keep her hair open and Digangana's overall look was magnificent.

While receiving the Award Digangana said, “I am very happy to receive this prestigious award from the film foundation. Its Mother’s Day today, Maa I hope I make you proud; your smile is my light in the midst of doubt that tells me that I’m doing the right thing! You are important to me every day; days like these just give me a chance to express it a little more! I love you Maa.”

Noticeably, Digangana's first Dada Saheb Phalke award was for most emerging talent in the industry.

When asked her about her upcoming projects Digangana replied, “I will be debuting in an upcoming Telugu movie HIPPI which is directed by TN Krishna and I will be starring opposite to leading Tamil actor Kartikeya who got fame from RX 100.

Suryavanshi further also added that I have been offered a bunch of movies and I am going through the scripts.

Digangana got fame from the T.V show EK VEER KI ARDAAS VEERA and was also seen in the reality show BIGG BOSS 9. Surely a new talent has risen!