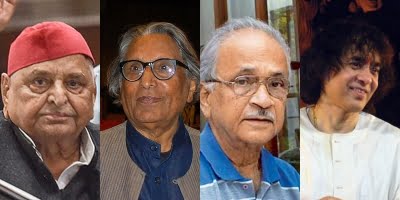 Other recipients of the country’s second highest civilian award are eminent architect Balkrishna Doshi – who just passed away on Tuesday, Doctor Dilip Mahalanabis, who pioneered the wide use of ORS (Oral Rehydration Solution) that is estimated to have saved over 5 crore lives globally, and Indian American mathematician S R Srinivas Varadhan.

Announced on the occasion of Republic Day every year, the awards are conferred by the President at ceremonial functions held at Rashtrapati Bhawan, usually around March/ April every year.

Twitter
Flip
Koo
Previous article
Madras HC quashes notification banning sale of gutka in TN
Next article
‘I am feeling like a proud father’: M M Keeravani on Oscar nom for ‘Naatu Naatu’
This May Also Interest You
Sports