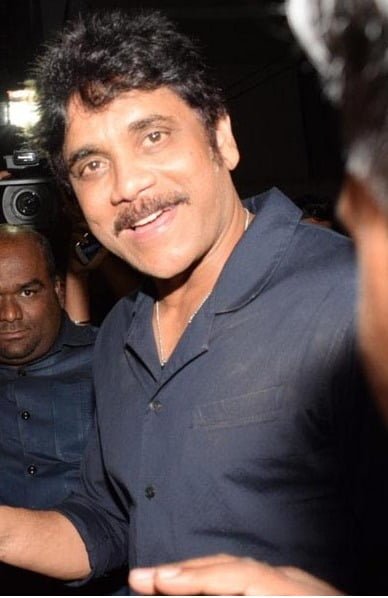 Nagarjunas career is going great guns. While his new Telugu film, to be directed by newcomer Sriram Adittya, is on the floors, Nagarjuna has taken off to Europe for a ten-day shooting of his first Hindi film in 15 years.

Before his departure, Nagarjuna said: "Yes, I am doing BRAHMASTRA. It is my first Hindi film in a very long time. I can't remember when was the last time I did a Hindi film. I think it was Mahesh Bhatt's ZAKHM."

Reminded that his last Hindi film was J.P. Dutta's LOC KARGIL in 2003, the actor's memory is nimbly nudged.

"Oh yes, 'LOC'. But that was a brief role, though a lot of fun to do. ZAKHM was my last full-fledged role in a Hindi film. I still remember Alia Bhatt as a child on Bhatt saab's set. Now I am working with her in BRAHMASTRA. How time flies."

Nagarjuna is looking forward to working with the entire BRAHMASTRA team.

"Except Amitji (Amitabh Bachchan) with whom I've worked in KHUDA GAWAH, they are all new to me. I'm working for the first time with Karan Johar, (director) Ayan Mukherjee, Alia Bhatt and Ranbir Kapoor."

The actor, who has in the past shone in Hindi films like ANGAARAY, CRIMINAL and ZAKHM, sounds a bit surprised at being offered a major Hindi film at this stage of his career.

"My career in Andhra keeps me busy. I've not shown any inclination to do a Hindi film, though I'm open to doing films in any language if the set-up is good. BRAHMASTRA was impressive from the moment it came to me. I said 'yes' immediately and now here I am on my way to shoot for it. I am looking forward to it."

Asked about his role, he said: "I am not supposed to say much. To be honest, I'm not very sure of the extent of my role. But it's a pivotal part. And they probably thought of me because the role suits my personality."

Twitter
Flip
Koo
Previous article
HICHKI to be screened at IFFM
Next article
Know why Abish Mathew will never be a judge!
This May Also Interest You
Health & Lifestyle