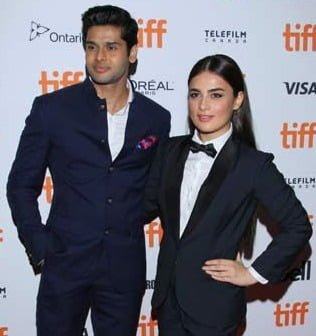 Actress Radhika Madan, whose debut film MARD KO DARD NAHI HOTA, won a top award at the 43rd Toronto International Film Festival (TIFF) that concluded here on Sunday, said it was a surreal moment and couldn't have asked for more.

"I don't know what to say. It is so surreal… First to get selected for the festival and then to win the award for the best film… I just couldn't think, to be honest," the 23-year-old actress told IANS at the festivals after party.

"I am going to celebrate the award with some wine and cheese and heading back to India to celebrate it," said the Delhi-born actress whose another film PATAAKHA is set to release later this month.

Radhika said her family and friends in India have already begun celebrating her success.

"I just got the opportunity to call two or three people and they are dancing over there. They are saying, 'Wow! How it happened?' It has not yet sunk in because we were always the underdog."

She said the top award at the world's premiere film festival will inspire her to work even harder. "To win this award really inspires us to do stuff like this even more."

Acting in this film, taught her "discipline of life and discipline in martial arts".

She said working with director Vasan Bala was an amazing experience for her.

"He is a genius. He is too good… He is so calm. I think he is a very easy director to work with."

Radhika also praised her co-star Abhimanyu Dassani who too made his debut in this film.

After her first two films – PATAAKHA and MARD KO DARD NAHI HOTA, Radhika said she is now concentrating on her next projects.

"I am reading scripts and finding something interesting and really exciting. Let us see what happens."

Twitter
Flip
Koo
Previous article
Sharad Malhotra returns to Muskaan after 14 years
Next article
Do you know Cher- Tom Cruise bonded over dyslexia?
This May Also Interest You
Technology