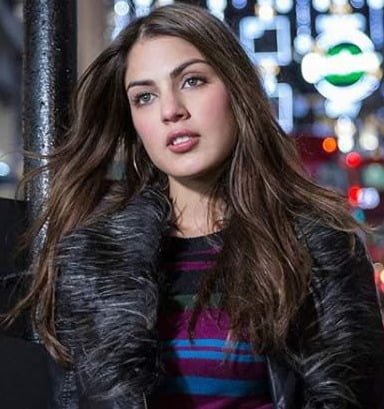 Actress Rhea Chakraborty isolated herself from her family and friends to prepare for her role in JALEBI – THE EVERLASTING TASTE OF LOVE.

According to a source, Rhea didn't interact with her family and friends for almost two to three weeks to get into a zone for her character.

"It's quite a layered character that I portray in JALEBI and I needed to deviate and cut off completely from the world to get into a different zone as a character," Rhea said in a statement.

"I'm really glad it proved beneficial and worked to my advantage," she added.

Backed by Mahesh Bhatt and Mukesh Bhatt's production house Vishesh Films, the film is scheduled to release on October 12.

The film also marks the Bollywood debut of TV actress Digangana Suryavanshi, who has starred in TV shows like Qubool Hai, Veera and reality show Bigg Boss. It is directed by Pushpdeep Bhardwaj.

Twitter
Flip
Koo
Previous article
Special screening of ‘CHALO JEETE HAIN’ for 27,000 kids on PM Narendra Modi’s birthday!
Next article
Aishwarya Devan on her character from KAASHI IN SEARCH OF GANGA
This May Also Interest You
News