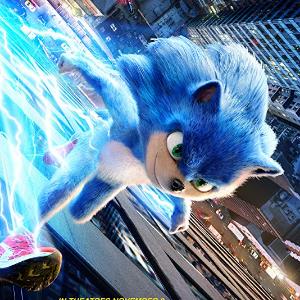 SONIC THE HEDGEHOG director Jeff Fowler has responded to fan criticism over the appearance and design of the titular blue hedgehog, saying it will be changed soon. Fowler took to Twitter to address the criticism and his decision to change the design, reports variety.com.

"The message is loud and clear," Fowler wrote on Twitter on Thursday.

"You aren't happy with the design and you want changes. It's going to happen. Everyone at Paramount and Sega are fully committed to making this character the best he can be," he added.

Most of the fan outcry on the Internet, which broke out after the trailer was released on Tuesday, seemed to be around the use of human teeth on Sonic, who is, in fact, a hedgehog and would have much smaller and pointy teeth. And some fans were unhappy with Sonic's disproportionate legs.

According to the YouTube video's description, the movie "follows the mis-adventures of Sonic as he navigates the complexities of life on Earth with his newfound — human — best friend Tom Wachowski. Sonic and Tom join forces to try and stop the villainous Dr. Robotnik from capturing Sonic and using his immense powers for world domination".

SONIC THE HEDGEHOG is scheduled to release in November this year. The Paramount Pictures movie will be exclusively distributed in India by Viacom18 Motion Pictures.

Twitter
Flip
Koo
Previous article
How Nishkarsh Dixit saved the world ?
Next article
Fuh Se Fantasy to have an exciting episode
This May Also Interest You
Sports