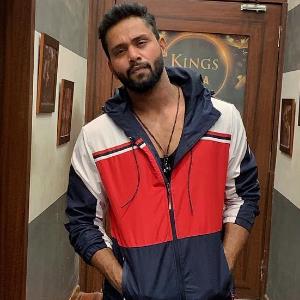 Suresh Mukund, choreographer of Mumbai's hip-hop dance crew The Kings who have won the American reality television show "World of Dance", says he has been approached to choreograph songs for filmmaker Remo D'souza's next film.

Mukund's life journey had served as one of the inspirations for Remo's "ABCD 2". He was also an assistant director on the 2015 film.

Asked if Mukund will also be contributing to Remo's upcoming film, he told IANS: "I have been approached to choreograph two or three songs of the movie, but dates are not confirmed."

The choreographer is currently flooded with offers from channels to judge dance-based reality shows.

"That's on my bucket list. I also want to enter Bollywood as a choreographer and ultimately, a film director," said the 31-year-old.

As for actors, he said: "I want to work with Ranveer Singh. It's a dream."

Twitter
Flip
Koo
Previous article
Zuber K. Khan likes to do his own stunts
Next article
Priyanka, Nick Jonas’ go mushy at MET Gala
This May Also Interest You
Sports