‘Ved, the Visionary’: A non-feature film that took 12 years to make!

'Ved, The Visionary', opened the Non-Feature Film category of the Indian Panorama section at the 52nd edition of the IFFI 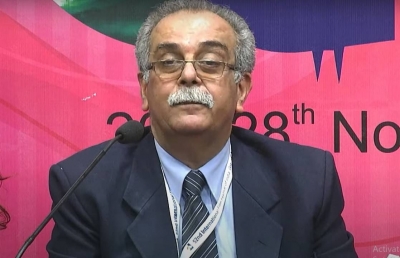 ‘Ved, The Visionary’, which opened the Non-Feature Film category of the Indian Panorama section at the 52nd edition of the IFFI, took an incredibly 12 long years to complete, its director Rajeev Prakash has said.

Participating in a press conference, director Rajeev Prakash said, “Ved, The Visionary is a film on my father, whose career started in 1939 and went on till 1975.”

“All the important events that took place both pre- and post-Independence were covered by him when he was working and representing India for the British Paramount News in England,” the director said and pointed out that there were various aspects of the different coverages which have been incorporated into this film.

Seeking to highlight one particular event that his father had covered, he said, “It is the coverage of Mahatma Gandhi’s funeral, which was nominated for the Bafta Awards in 1949.”

“It took a long journey of 12 years to complete this film, which is close to my heart,” the director said and added that it was now a dream that had come true, especially coming on the platform of the Indian Panorama 2021.

“I feel proud to be an Indian to do a film for a person, who was an Indian, and was capturing history off newsreel and providing it the world over,” the director said.