What made Vishal Dadlani fall off his chair… laughing! 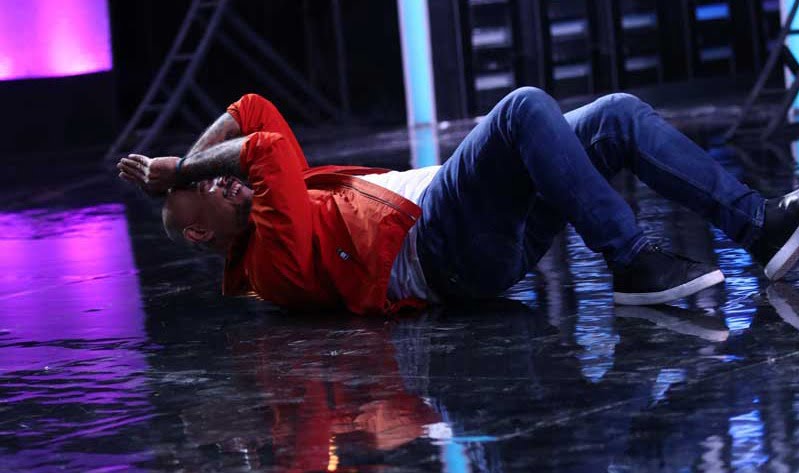 Sony Entertainment Television’s Indian Idol promises nothing but the best! This year, the biggest singing reality show is all set to raise the bar yet again with not just impressive talent but their awe-inspiring stories as well. Taking on the mantle, as judges will be renowned singer and music composer Vishal Dadlani; popular singer and youth icon Neha Kakkar and the veteran singer and music director Anu Malik while the most loved Maniesh Paul helms the show as the charming host. The judges of the show are leaving no stone unturned to keep the environment on the sets in a cheerful and a lighter mood.

In one of the audition shoots, Anu Malik who is known to have the wittiest sense of humor and a knack of narrating shayaris cracked a silly joke which made the whole set crash down with laughter. It all started when Anu Malik composed an instant funny rendition of the song ‘O O jaane jaana’ to such that the serious looking judge Vishal Dadlani broke into a laughter fit. The never-gonna-smile music maestro Vishal’s funny bone got tickled so much that Vishal fell off his chair. The shoot was stalled for 10 mins and the crew just kept wondering as to what had happened till everyone saw Vishal rolling on the floor and experience bouts of laughter. Only when he laughed his heart out was when Vishal realized that he had actually hurt his elbow bone.

Talking about the incident Anu Malik shares, “There was an incident when a singer was auditioning and he was singing through the roof. At a point when I said something, Vishal broke into laughter falling off the chair. He fell down completely and hurt himself. On the camera he said, “I couldn’t take what Anu just said” and laughed his heart out. It is amazing to share such moments with them. We connect through eyes and he instantly catches me of what I am thinking and trying to say.”

When asked about how he feels with his co-judges Anu said, “When I am with Vishal and Neha, it feels like I have known them from a 100 years. We all are a big family now. It feels as if we have done all the Indian Idol seasons together. The kind of bond we share amongst us is mind-blowing. From day 1, we have clicked as a team.”