Orlando Bloom can’t wait to have kids with Katy Perry 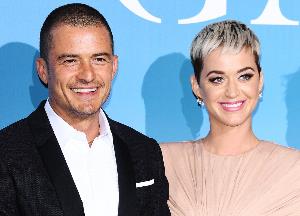 'Pirates of the Caribbean' star Orlando Bloom recently revealed that he and Katy Perry can’t wait for kids.

Bloom already has son Flynn, eight, with his ex-wife Miranda Kerr. The actor says Katy is desperate to become a mum once they wed because she’s a 'big kid' herself.

The 42-year-old said: "Listen, I love kids, I love that she is great with kids and it would be a wonderful thing. We are shooting for that. I mean, she’s like a kid so she’s unbelievable to kids."

"Our summer vacation – all our family were together but she was with the kids and she loves that."

"She is more than okay with it – she loves kids."

Orlando also revealed that he and Katy have a strong relationship between them and they are both willing to fight for it. He explained: "You show me a relationship, I'll show you a lot of heavy lifting, right?"

"There's something about it that I didn't necessarily comprehend in my youth that I do now," he added further.

Meanwhile, it was reported earlier that the star couple had decided to postpone their wedding from 2019 until early 2020 as their busy careers got in the way of planning for their big day.