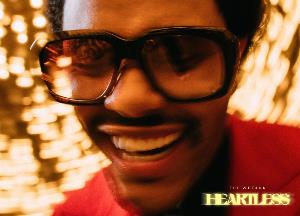 The Weeknd is back with his new single called 'Heartless.' The singer had earlier teased about a new single with a cryptic message on his social media page.

"The fall starts tomorrow night," he wrote in an Instagram post on Monday, along with a blurry photo of himself wearing a pair thick-rimmed glasses. "Tomorrow night we start again."

The track marks his first new solo single since last year. He had released 'My Dear Melancholy', back in March 2018. His last full-length, 'Starboy', was released in 2016. This year, the singer released the songs 'Lost in the Fire' and 'Power Is Power.'

The Weeknd will be next seen playing a small part in the upcoming Adam Sandler-starring film 'Uncut Gems.' The movie is scheduled to hit U.S theatres on December, 13.