Ariel Winter: I was fat-shamed at the age of 13, it was rough 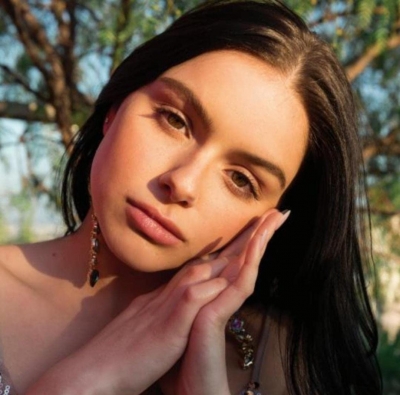 Actress Ariel Winter, who gained fame when she began playing Alex Dunphy in ‘Modern Family’ at the age of 11, has said that just two years after she began appearing on television screens, she was receiving hate messages from people who body-shamed her.

The 22-year-old actress added, “I got called a fat s*** when I was 13. That was rough. Because I gained weight and my body changed, I had to wear different outfits and I wore a dress that had a cut-out (on my chest). And the headlines were dark. ‘Fat s***’ was rough for me, and it continued.”

Winter said that some hate comments even came from people claiming to be her fans, because they wanted her to be more like the character she played on TV, reports femalefirst.co.uk.

She added: “It was the fans, some of them… We have lovely, lovely fans, but some of them were also hard on me in the way they loved Alex Dunphy. And because I wasn’t Alex Dunphy and didn’t look like her, I didn’t want to dress like Alex, I was just different in that way. I’m not my character.

As she got older, the negative comments continued, especially after she gained weight as a result of the anti-depressants she was taking.

“And so, then I was like, ‘They hate this about me, I need to work on it. I need to be thinner; I need to change my hair here; my cheeks look weird. If I change these things about me, the things they hate about me, I’m not going to get that anymore. I’m going to get praised’.”

After spending years trying to “fix” the areas she was criticised for, Winter eventually realised some people would criticise her no matter what — which made her stop trying to please anyone but herself.

Speaking during an appearance on ‘Red Table Talk: The Estefans’, she added: “I’m definitely still on a journey. I’ve been in therapy twice a week for years. I love my therapist. I love my time in therapy.”