Srishty Rode: No love angle between Rohit and I 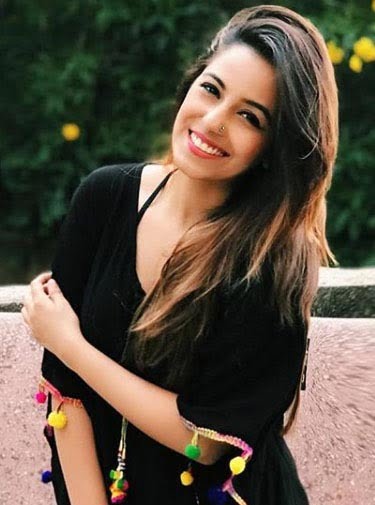 Television actress and ex "Bigg Boss 12" contestant Srishty Rode, the latest to be evicted out of the reality show, says there's no love angle between her and co-contestant Rohit Suchanti.

Their chemistry on the show hinted at a possible romance but Srishty has denied it.

"I have had a lot of fun with him in the house. And I would like to maintain my friendship with him," Srishty told IANS over phone from Mumbai.

After surving in "Bigg Boss" for over two months, the "Yeh Ishq Haaye" actress got evicted from the show on Sunday.

For Srishty, her eviction was "shocking".

She said: "I don't know what went wrong as my game was improving day by day. It was quite shocking for me. I felt that I did not deserve to get out so soon from the show… I wasn't expecting that I will get voted out."

The 27-year-old actress' journey in the house was full of ups and downs. She was spotted breaking down in front of camera a couple of times.

"It was one of the best experiences of my life… playing the game all alone made me strong and helped me in enhancing my confidence. It was a wonderful experience. There were moments of highs and lows, which I will always cherish and remember in my life."

Srishty also spoke about former cricketer and "Bigg Boss 12" co-contestant S. Sreesanth. They hit it off well initially but then things between them took an ugly turn.

"I failed to understand Sreesanth in the house… My equation with him was always changing. I don't want to judge him on the basis of the show. I want to meet him outside the house and want to see how he is as a person outside the house."

On how did she find superstar Salman Khan as a host, Srishty said: "I love Salman. I never felt that he was ever biased. It was fun with him on every weekend."

She said she would like to see actor Karanvir Bohra, her close friend, as the show's winner.