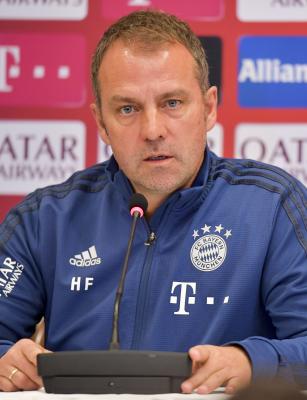 Berlin, April 17 (IANS) Bayern Munich coach Hansi Flick has said he wants to be released from his contract after the season.

Flick said after Bayern’s 3-2 Bundesliga win over Wolfsburg on Saturday that he had informed the club bosses in mid-week about his decision.

The coach added that he had told the players about his decision after Saturday’s game, which gave Bayern a seven-point lead in the Bundesliga.

There was no immediate reaction from the club.

Flick did not give details, but he has had a strained relationship with Munich board member sports Hasan Salihamidzic over the past few months. He also didn’t confirm whether he aims to succeed Joachim Loew as national team coach this summer but admitted it is “an option every coach has to consider”.

Flick, who is Loew’s former assistant, became Munich coach in November 2019 and won six titles with the team in the past season.