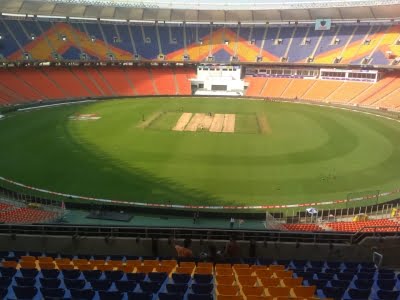 New Delhi, April 17 (IANS) Delhi is likely to host two of Pakistan’s matches in the 2021 T20 World Cup to be held in India in October-November, it has been learned.

While the details are yet to be confirmed, the Indian cricket board’s (BCCI) Apex Council was on Friday informed that the board has received assurance on visas for Pakistan cricket team and media for the upcoming mega tournament.

There is still no certainty on Pakistan’s participation as the Pakistan Cricket Board (PCB) has demanded visas not just for its cricket team and media but also for the fans.

While the 1.1 lakh-capacity Narendra Modi Stadium in Ahmedabad will host the final, Mumbai and Kolkata have been slotted for the semi-finals. Dharamsala has also been earmarked to host a knockout match.

“Pakistan will play two of their matches in Delhi which is not hosting any knockout game as per the tentative schedule that has been discussed,” confirmed a source to IANS. “While Ahmedabad will host the final, Mumbai and Kolkata will host the semi-finals.”

The cricket board has earmarked certain venues for the 16-team tournament although a confirmation will come later as the country reels under severe Covid-19 pandemic that has seen daily number of the affected persons cross 2 lakh over the past few days.

Other than Delhi, Mumbai, Kolkata, Ahmedabad and Dharamsala, Lucknow, Hyderabad, Bengaluru and Chennai have also been earmarked to host matches.

There are 45 matches slated to be held in the tournament that will see the participation of 16 teams, including Papua New Guinea, the Netherlands, Oman, Scotland, Namibia and Oman.