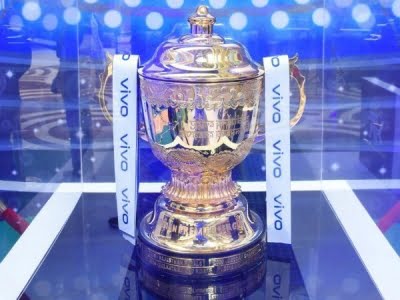 The Indian Premier League (IPL) has become the most important cricket tournament for Indian cricket and cricketers. Performance in the league can make or break the career of a cricketer.

Because of the hype, performances in the IPL make a huge impression on not only the national but also state-level selectors.

The 2021 edition of the tournament, which is in its first phase, has already brought to light some Indian domestic players who were unheard of before.

Seeing their performances, one gets the feeling that India can form three international cricket sides. The skill, talent and confidence shown by these domestic cricketers is amazing.

They all seem to be so well-prepared mentally and physically when given a chance.

Cricket has spread to nearly every corner of India. The craze for the tinsel world has been replaced by the craze for sports and youngsters aspire to become sportspersons.

The tales of hardship endured, dedication shown by not only the aspiring young cricketer but also his family and friends to achieve the objective of playing in IPL are quite astonishing. Indian cricket is full of these rags-to-riches stories and one is amazed to see how well most of them conduct themselves in front of a microphone during an interview or when interacting with people around them.

The shy and unsure Indian cricketer of old days has now been replaced by a confident, proud performer wanting to earn as many stripes as possible.

Indian cricket is now entering the initial phase of the big successful sporting leagues that have flourished in the United States of America, England, other European countries and Australia.

The popular sports played in these countries have all made their respective sportsmen not just financially comfortable but also brought about a system that has helped them in their development as individuals.

The NBA is a good example of how well-spoken and educated basketball players have become brand ambassadors of their sport and institution.

The franchise-based clubs have all got programs to unearth, educate and groom talented youngsters.

The Board of Control for Cricket in India (BCCI) needs to take this initiative through its respective state cricket associations, so that cricketers in the future develop into complete all-round individuals.

Cricket can only progress if players on the field, with their experiences, bring about tools and structures that can make the game better after their playing days are over.

The IPL is not only just cricket, but also a platform for business and corporate advertisement.

The business of sports has become a reality, even during the Covid pandemic. Millions and millions of viewers have made the IPL not only a much sought-after entertainment but also a fantasy to follow.

The IPL franchise owners have shown that professional management and operation is the way through which cricket can be properly and profitably administered in India.

The BCCI state cricket associations should take a lesson from them, as most still hold on to their old ways of running their establishments. One had hoped that the Supreme Court-approved Lodha recommendations would bring transparency and professionalism into the way cricket was being operated in India. However, one feels that this is still a long way off at the grassroot level.

Most of the associations are still being administered like before and perfunctory cricket programs and building of stadiums and club-houses are still their sole objective.

The BCCI needs to pay serious attention to educating cricketers. Encouraging the importance of college and university cricket is necessary. Cricketers in the past were compelled to take this route as a university degree was important in getting one a job. Apart from that, performances at the university level were taken very seriously and several of the Indian cricketers of the past came through that route. Most were graduates and many of them engineers.

Unfortunately, the current crop of Indian cricketers, because of the system of playing U-15, U-17 and U-19 do not find the time to pursue their education after the 10th standard.

Education, as we all know, is important in the development of a person and his views towards life. Sports viewers and fans are only short-term in a cricketer’s life span. Once their performance wanes and they retire, they won’t have that following.

One feels worried about the future for a majority of the current Indian cricketers.

The success of today’s cricket and cricketers may seem great but as a former cricketer, I worry about 98% of them — how they will eke out a living, 10 years after their career is over.

The BCCI has to ensure that a certain percentage of an Indian cricketer’s earnings in the IPL and domestic cricket is kept as a fund and insurance for when they grow older.

With no education and sustainable monthly pay package, life could become a worry in their old age. One shudders to think of what might happen to them financially in this fast moving, digital world of the present.

As George Bernard Shaw so wisely wrote, “Youth, as they say, is wasted on the young.”