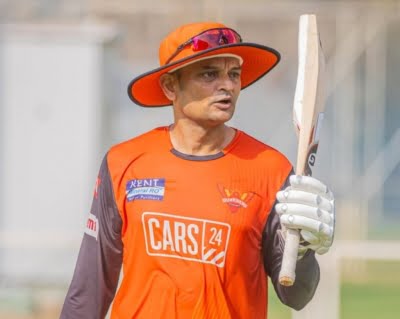 After the 2022 Men’s T20 World Cup where India’s journey ended in the semi-finals, the BCCI had decided not to extend the tenures of their selection committee and fresh applications were invited to have a new panel.

Earlier this week, a report had suggested that Badani had also applied for the job. But, he has now clarified that he hasn’t applied for the post of national selector, even though he has immense respect for it.

“To all my lovely fans, well-wishers and friends.. Just putting this out here to offer some clarity. As much as I deem it a privilege and honour to be a part of the BCCI selection panel, I have not applied for the post as the rounds across various media have been doing. Wishing all the applicants the best,” Badani said in his post on Twitter.

The 46-year old, who played 4 Tests and 40 ODIs for India, is currently the fielding coach of the Indian Premier League side Sunrisers Hyderabad. He has also previously had a coaching stint with the Chepauk Super Gillies in the Tamil Nadu Premier League.