IND v NZ, 3rd ODI: Once Finn Allen got his eye in, he capitalised on loose stuff, says Ravi Shastri 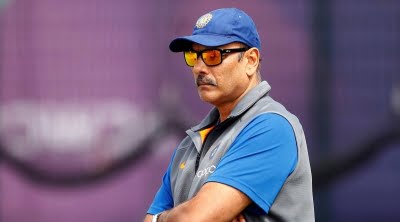 Allen, an ultra-aggressive right-handed opener, was quiet for the first three overs in New Zealand’s chase of 220. But after that, he couldn’t be kept quiet, clipping a down leg delivery from Arshdeep Singh for his first boundary of the match.

After that, there was no stopping Allen in getting boundaries and he got his fifty when he flat-batted a six over long-off off Washington Sundar. After pulling Umran Malik through fine leg in the 17th over, Allen tried to reach out to a short ball.

But he toe-ended a cut to cover, ending the 97-run opening partnership as he fell for 57 off 54 balls, his fourth fifty in the 50-over format.

“This is a step up for him as well because it is against his nature. He wants to come and take on the opposition but this is where he would have learned that at times you got to respect the conditions. More than anything else, you might not respect the bowler, respect the conditions,” said Shastri to broadcasters Prime Video after New Zealand won the series 1-0.

Allen showed his big-hitting prowess when he hit a blistering 42 off 16 balls against Australia in New Zealand’s Men’s T20 World Cup in Sydney. Though he had a lean run since then as veteran opener Martin Guptill was omitted from the squads for the series against India, he broke his lean patch through the Christchurch ODI against India.

“Because you get a good ball on that surface, the one that you nick is much easier than on a flat surface. So he did that, took his time early on, and then once he got his eye and pitch and the ball got a little older, there was some loose stuff around, he just capitalized,” added Shastri.

Allen and New Zealand will now have a break from international cricket before touring to Pakistan for two Tests and three ODIs from December 2022 to January 2023.