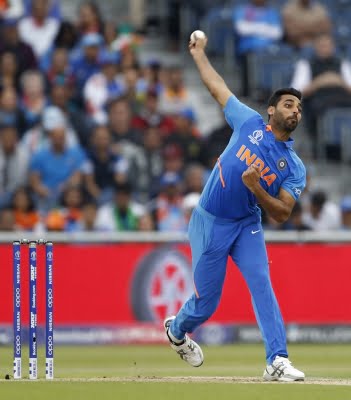 New Delhi, March 31 (IANS) The success of Indian pace bowlers over England in the recent limited-overs series has put the focus on variations, especially slower balls, in the upcoming Indian Premier League (IPL).

Pace bowler Shardul Thakur got vital breakthroughs with change in pace in both the T20I and ODI series while others like Hardik Pandya and Bhuvneshwar Kumar too used variations to good effect.

As the IPL is starting in 10 days, and with none of the franchises playing at their traditional home venues, keeping a full stock of pace bowlers has become important, especially those who have variations.

On Wednesday, Royal Challengers Bangalore’s director of cricket operations Mike Hesson pointed out the need to have variety in bowling, especially those having variations.

The Bangalore franchise recently made big changes to their squad despite qualifying for the play-offs the last season.

In the past, RCB have been blamed for packing their line-up with too many genuine quick bowlers.

RCB have the likes of Daniel Sams and Dan Christian who bring variations into play. They also have the pace of New Zealand’s Kyle Jamieson.

Having a variety of bowlers — both genuine quicks and medium pacers, who can innovate — was important at the player auction this time considering that they, like others, didn’t have an idea about venues.

As a rule, none of the teams will get to play at their home venue.

Chennai Super Kings, too, will be deprived of playing at the M.A. Chidambaram Stadium where the slow surface suits them. They have Shardul Thakur and West Indian Dwayne Bravo as bowlers who can bring in variations. They also have Sam Curran of England.

Thakur, who played just nine matches last season for CSK, will be important because of his recent successes at the international level and could play more matches this time.

For Kolkata Knight Riders (KKR), it will be West Indian Andre Russell while for Mumbai Indians (MI), Hardik Pandya and Kieron Pollard of West Indies could use the variations well.

Like DC, KKR and MI have plenty of genuine pace bowlers.

For Punjab Kings, Moises Henriques of Australia and Chris Jordan of England will be vital on batting surfaces with their change in pace while Bangladesh’s Mustafizur Rahman and IPL’s most expensive player ever, Chris Morris of South Africa, will be important for Rajasthan Royals.

Bhuvneshwar Kumar and Jason Holder of West Indies will be as crucial for SunRisers Hyderabad.