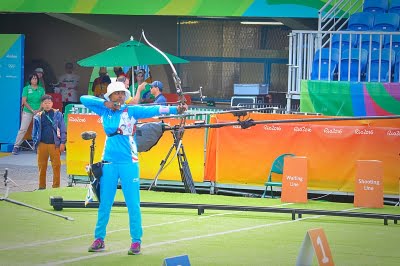 New Delhi, April 8 (IANS) With 11 days to go for the season’s first archery World Cup in Guatemala City, the Indian men and women’s recurve teams got the second dose of Covid-19 vaccine on Wednesday evening, confirmed an official of the Archery Association of India (AAI). The World Cup begins on April 19.

The World Cup-bound archers, some of who have also been selected for the Tokyo Olympic Games, got the first dose of vaccine on March 8, the AAI official added.

The week-long archery World Cup, which is the season’s first international competition, will give a clear picture of where the national men and women’s teams stand.

“It will give us a clear picture of where we stand in terms of performance,” the AAI official told IANS.

The national men’s recurve team consisting of Pravin Jadhav, Atanu Das and Tarundeep Rai had qualified for the Tokyo Olympics during the 2019 World Championships held in the Netherlands.

The trio can also compete in the individual event during the Olympics.

The women’s team couldn’t achieve the Olympic qualification berth in team competition in the 2019 cycle while the 2020 season was disrupted by global pandemic.

Deepika Kumari had earned an individual quota place for the quadrennial event in 2019.

The women’s team consisting of Deepika, Ankita Bhakat and Komalika Bari will have another chance to win a berth for Tokyo Olympics at the Paris World Cup in June.

Twitter
Flip
Koo
Previous article
Davis stuns Kenin to progress in Charleston tennis
Next article
Siddharth Nigam: TV is high-paying but can be exhausting
This May Also Interest You
News