Kangana: Can only imagine who all are involved in Sushant’s murder 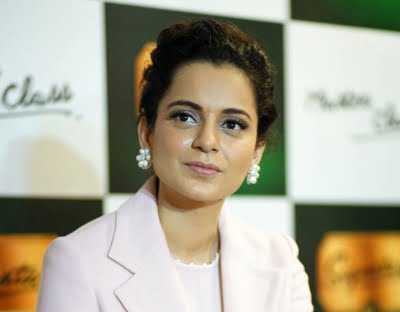 Mumbai, Nov 6 (IANS) Actress Kangana Ranaut on Friday raked up the deaths of Sushant Singh Rajput and Disha Salian to launch fresh attack at the alleged mafia culture of Bollywood, while making her case for the release of journalist Arnab Goswami.

“We can only imagine who all are involved in Sushant’s and Disha murders, Bullydawood’s drug racket and child trafficking business, every voice against the mafia is being choked #ReleaseArnabNow,” Kangana tweeted.

Goswami was arrested on Wednesday morning in a dramatic operation by the Mumbai and Raigad Police teams and was taken to Alibaug in connection with a double suicide case. After a marathon hearing, Alibaug Court Chief Judicial Magistrate Sunaina S. Pingle declined the police plea for 14-day police custody and sent Goswami to judicial custody till November 18.

Sushant was found dead in his flat on June 14. The CBI, NCB, and ED are probing the death of the actor. Disha, 28, allegedly jumped off a highrise apartment in Mumbai on June 8. Her death is being linked to that of Sushant’s, who was found hanging at his residence on June 14.

After the sudden demise of Sushant, Kangana had put out a video in which she talked about topics like Sushant’s death, ‘movie mafia’ and ‘nepo-kids’ to reopen the Bollywood nepotism debate. She also spoke about these topics on interviews.