Kareena: I promise to do one or two films a year 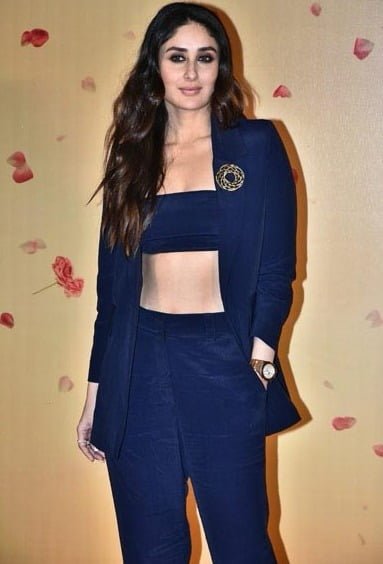 At the trailer launch of VEERE DI WEDDING here on Wednesday, Kareena said: "Right now I want this movie to release. I wanted to be a part of (this film) and I am happy about it. I haven't thought about what I'm going to do next. Let's see, Taimur (son Taimur Ali Khan) is just 16 months old.

"So I want to spend more time with him. After the release of this film, I will take three months' time to decide my next project. But I promise to do at least one or two films a year."

There were rumours that Kareena was offered a role in "Salute", an upcoming biopic on astronaut Rakesh Sharma. But she said; "If I sign any film, I will make a formal announcement of that."

It was during the shooting of VEERE DI WEDDING that Kareena's pregnancy news came out.

Asked about the experience of shooting the film, Kareena said: "I got pregnant after signing the film, so I told Rhea (producer Rhea Kapoor) about it and that they need to take someone else. As a producer, she stood by me. She decided to change the character to be pregnant.

"But then I told them that I can't do this. However, it was Rhea's conviction that she said, 'Let's just wait for some time'."

Kareena is one of those commercially successful actresses who has not only continued her work just after marriage with films like KI & KA and UDTA PUNJAB, but also didn't shy away from flaunting her baby bump.

"I am so lucky to have a husband who is so understanding. He told me to go to the gym and go back to the studio and take my son along to set an example. Yes, we (women) can do both," added Kareena, who is married to actor Saif Ali Khan.

Kareena had a joyride working with the team.

She said: "I'm lucky that I've worked with Salman Khan, Shah Rukh Khan and Aamir Khan. I'm sure everyone wants to work with them. But I wanted to get out of that commercial zone and big Bollywood movies and work in a movie like this… where there's a lot of teamwork."